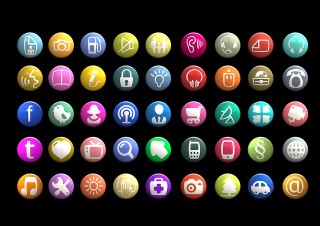 This week is about adding social media links to the blog and a couple of clean up tasks. I already had Facebook, Twitter and Linkedin accounts so there wasn’t really anything for me to do from the first video.  I did think that I could use Skype as well but not so.  I spent about an hour trying to learn how to link to Skype.  It turns out you don’t really “link” to Skype.  You can have the icon call or chat with an individual but that is it.  I couldn’t find a way for them to leave a message.  Maybe that is a chat.  I didn’t think this was something I wanted so I didn’t include Skype with the other social media.

A zip file with the social media icons was provided.  This file had to be downloaded and unzipped for use.  Once unzipped, the icons are uploaded to the blog using “add media”.  When the icons are in the blog media folder they are ready for use.  Next, a small file of HTML code that John calls the ”top sidebar code” is downloaded.  The purpose of this code is to link the social media icons to the profile pages.  This is done using the href and image HTML commands.  IMAGE is used to provide a link to the image that will be shown.  When the image is clicked, HREF provides the link where the user is sent. The complete HTML command looks like this

After being modified for my blog it looks like this

(The target=”_blank” is a command that causes the destination site open in a new window or tab.
The img alt= command contains the text that will be displayed if the image is not available.)

OK, enough coding detail.  I am not qualified to teach HTML.  I just know a little bit and I know how to look up more detail when I need it.

When I had modified the code for all three social media icon on my PC, I copied it into a text widget which I put on the sidebar.  WALLA!  The Facebook, Twitter and Linkedin icons linked to my profile pages appear on the sidebar.  Like any widget on the sidebar, you can drag it around to place it where you want.  I placed the icons just below the opt in form.

The last lesson for week 4 contained a couple of clean up items.  Redirecting the blog’s home directory to the blog and correcting settings to allow comments.  What is funny is that I had actually already fixed both of these.  I thought I was fixing the redirection based on personal preference.  Guess not.  There may actually be a good reason to do it to help the blog get evaluated by the internet gremlins.  The lack of comments was an oversight on John’s part because of changes in OptimizePress.  I had already discovered the fix for this by watching an earlier lesson.  On my blog the default settings to get comments were wrong.  I had to stop the video and copy what was on the screen.  John didn’t need to change his setting.  If others have the same defaults as me, they will have a problem as well.

After I got comments appearing on new posts, I had to tackle the problem of all my existing posts saying “Closed to Comments”.  It turns out this is easy to fix once you know the trick.  You “quick edit” each post that has closed comments and checking the allow comments box.  POOF! Comments box appears.

Wow, I didn’t think I had much to say about week 4 and this has turned into one of my longest posts. 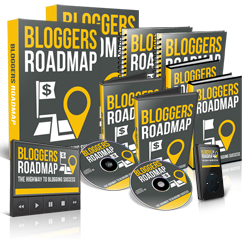